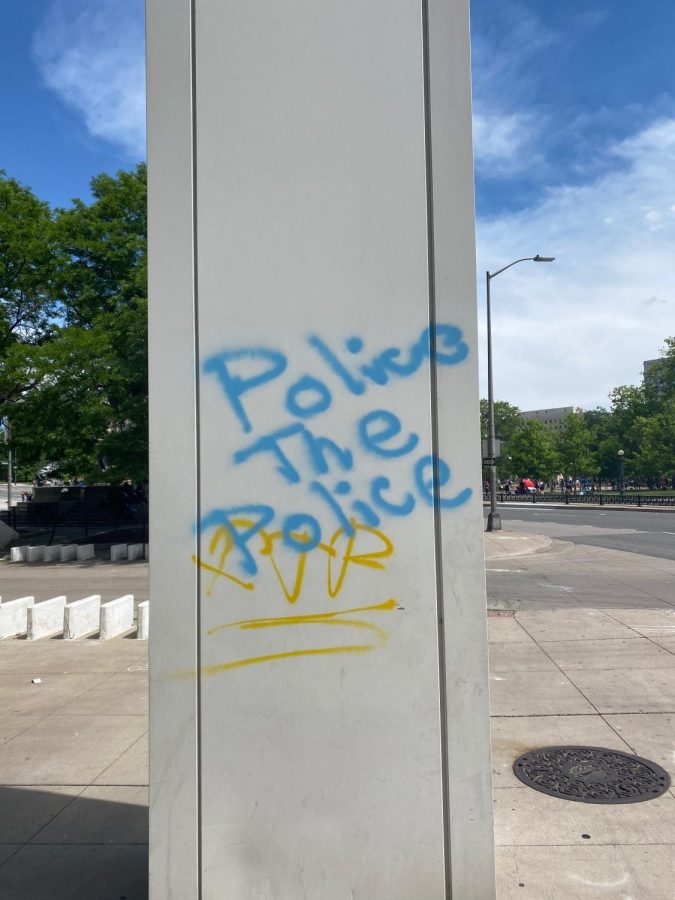 In response to racism in America, Black Lives Matter was formed and the movement is also vocal on ending police brutality. This social movement is important in today’s society; there is a clear problem with racism and abuse of power in our justice system.

Supporters of BLM want a society that doesn’t base equality off of skin color. The BLM mission statement states, “we’ve committed to struggling together and to imagining and creating a world free of anti-blackness, where every Black person has the social, economic, and political power to thrive.”

Supporters who also judge over half a million people based on the actions of a few are terrible; ACAB advocates are hypocritical, plain and simple. To think that every officer has bad intentions and is a horrendous human is wrong.

Stereotypes live in every nook and cranny of our world and are not leaving anytime soon. Feeding into these stereotypes is not helping any cause. Working against our law enforcement is not beneficial to the BLM movement.

Yes, there are rotten cops who should not be employed to protect anyone nor given guns, tasers, and tear gas. America needs a change; hundreds of people should not die at the hands of law enforcement every year, a number that towers in comparison to the handful of cop-caused deaths in other highly developed countries around the world. It is not fair that a black man can’t walk past a cop without the fear that their name could be unfortunate enough to make the long list of black men killed by the police.

Changing police funding or the training required to become an officer are ideas filling the nation’s newsrooms and dinner tables. These changes need to happen to protect the lives of Americans. For these ideas to be integrated effectively, we have to talk to lawmakers and not belittle cops who have no control over the system as a whole in the long run.

Saying that every cop is a b*****d is an effective way to make a movement hit a standstill. Without support from good police nothing will ever change; to change the system from the outside, there has to be support from within it.

The Black Lives Matter Foundation is moving our country to be better. They are pushing for the end of the racism which runs rampant in our streets, laws, and economic playgrounds. They are bringing issues to light in ways that, in an era of social media, our country has never seen before.

BLM is pleading for a world that is filled with love for one another. This movement was not created merely to combat police brutality, it was created to stop anti-blackness in the world. They are fighting against stereotypes that follow black men and women in every walk of life, but ACAB is fighting for a harmful stereotype.

The harmful notion that all officers are bad is not filled with love. Protesters in the last month have been seen being tear-gassed by cops, but also kneeling with cops. A cop pushed over a 75-year-old man last week, yet other cops were having meaningful and heartfelt conversations with the outraged public.

To say, “all cops are b*****ds,” is like saying “all white people are good” – neither statement is true. There is a fear around cops that, until we have better precautions and systems, cannot be avoided. But adding more stereotypes and generalizations to the fire is not the way to incite change.

Black lives matter and sometimes our country forgets; that is why it is important to support that movement. Saying “all cops are b*****ds,” is not true; the system may be corrupt and unfair, but all officers are not b*****ds.