Another Shift in Politics

The results of the 2021 Election across the country and the possible impact for the United States. 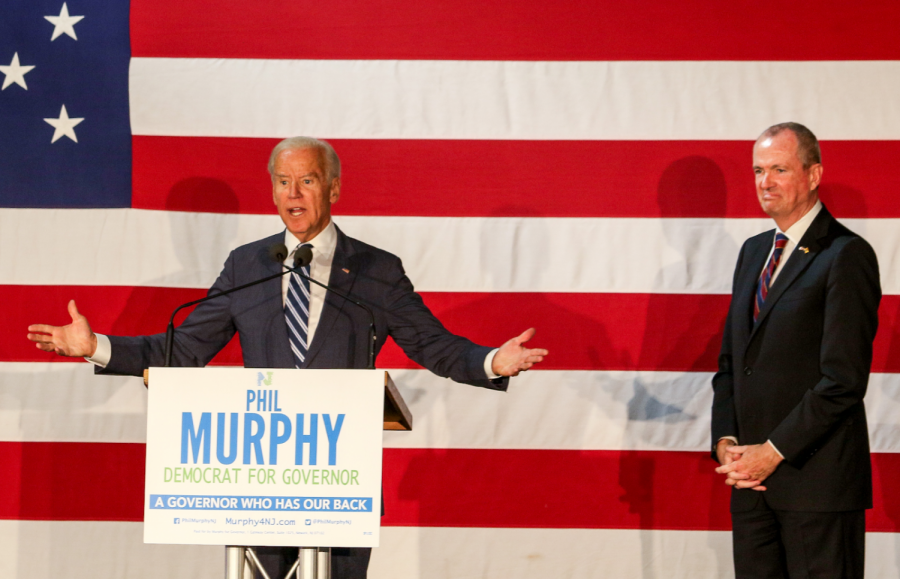 Image of Joe Biden campaigning on the behalf of Phil Murphy, incumbent New Jersey Governor for the election.

The 2021 Election has finally passed, all ballots have been counted, and the candidates have been decided. Here in Arapahoe County, only around 27% of registered voters in the area cast their ballot. In an odd year election, not many pay attention to the issues, especially if there are no large offices up for election. However, this was not the case for other places in our country.

Across the country, numerous elections occurred, from which we can unfold a prediction: another party switch. In Virginia and New Jersey, elections were held for their governor. In New York City, a new mayor was elected. What does this mean for us as Americans? Change.

In Virginia, a heated election season for the governor of the state caught the attention of national media. With current Governor Ralph Northam leaving office, it was up to Democratic candidate Terry McAuliffe and Republican candidate Glenn Youngkin to become the next governor of Virginia. McAuliffe received endorsements from President Joe Biden, as well as former presidents Bill Clinton and Barack Obama. Youngkin received endorsements from former President Donald Trump as well as former Speaker of the House Newt Gingrich. Biden and Obama even helped campaign for Democrats in Virginia. Polls throughout the election provided a lead for McAuliffe throughout the election, according to FiveThirtyEight.

On November 3rd, the election did not reflect the polls for the majority of the year. Glenn Youngkin won the election with 1,669,053 votes, with Terry McAuliffe winning 1,588,331 votes. This marks the first Republican governor in the state since 2014 with Robert McDonnell, who also endorsed Youngkin during the election. On top of this, the Lieutenant Governor and Attorney General for the state were also up for election this year. Both have wins for the Republican party with Winsome Sears and Jason S. Miyares respectively.

In the end, incumbent Phil Murphy won the election with 1,271,272 votes. But, Ciattarelli was only trailing behind by 56,540 votes. This is a close margin for many state level elections. On the night of the election, as votes were being counted, Jack Ciattarelli held a lead and the race was too close to call by the end of the night.

Now what does this mean for the rest of the country? Many have inferred that this election suggested a falter for the Democratic Party over the course of the past few years. As well, there was the low approval rating of the Biden Administration less than a year after Democrats held firm on the presidency and the United States House of Representatives, and split the United States Senate into a 50/50 tie between Republicans and Democrats. These elections serve as a prediction that the Republicans could return during the midterm election next year, and possibly the next presidential election in 2024. This is not a guaranteed fact, but only a highly debated prediction. Even after the 2020 election, the uncertainty of politics remains.