Over half of Eaglecrest is left uncomfortable, vulnerable and stigmatized every month. 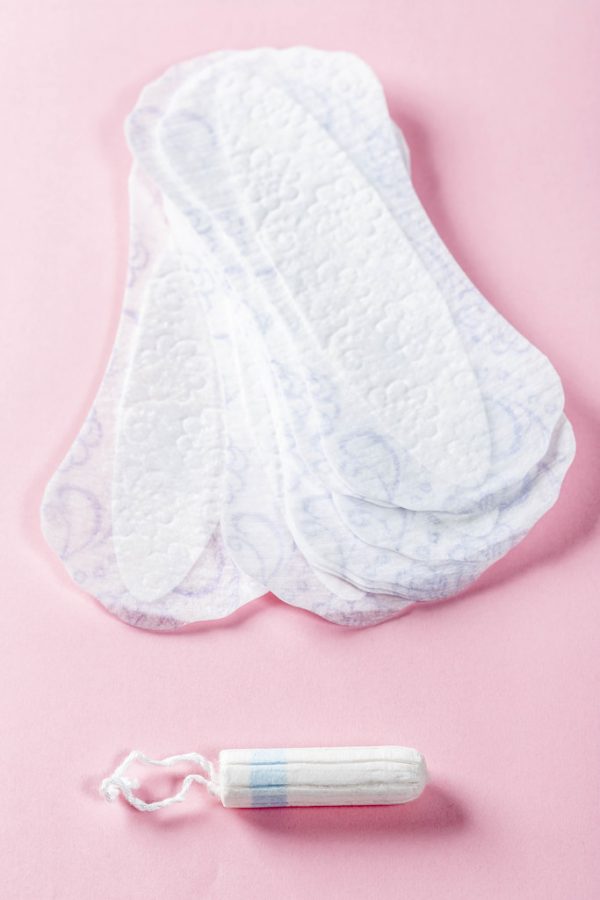 Due to the lack of education surrounding periods, girls can begin to feel alone and ashamed. Some girls can’t even afford pads due to the pink tax, a luxury tax on pads, tampons and other items marketed towards women that can end up costing tens of thousands of dollars towards the end of a woman’s life. Women are constantly stigmatized. The question is why.

Bianca Patten, a 9th grader at EHS, says, “I think by providing students with pads and tampons is actually normalizing it.”

If we put pad dispensers in 3 of our bathrooms we can start to normalize the common issues girls go through. The pad dispenser itself would cost a $300.To supply 1000 pads and 1000 tampons, which we should split between three bathrooms, at a time would cost $200 with $100 back if we charge $0.25 per pad or tampon. This can help relieve anxiety around going to the nurse to ask for a pad and save time by putting a dispenser on each floor. The nurses office is not enough to give girls the comfort they deserve.

“Some girls don’t mind and others get a little embarrassed,” says nurse Maggie DeRose.

When there is chance of embarrassment many girls will avoid going to the nurse entirely. Instead they will choose to ask a friend which then puts pressure on their friend to carry around extra pads. This responsibility of taking care of friends on their period should not fall on their shoulders.

“I don’t think we had a charge on them and they would be empty in like a week” school nurse Maggie DeRose said, “even if we did [have a charge on them] they get broken into quite a bit.”

On top of that, some girls are confused if pads are even available. “They walked in and gave us a rundown of the nurses office and the things they held in stock,” Marren German, a ninth grader said. “They specifically said that pads and tampons would no longer be available because people had been misusing the privileges.”

Some girls said the nurses didn’t come into their raptor 101 class while others do. So now these girls are confused if pads are actually available. With pad dispensers we can start to erase the confusion around where to find pads and tampons and help control crises.

When asked if she has ever had a student have a crisis in class Kim Torpey, English 9 honors teacher, stated, “I have not but I know a teacher who has and it happened recently. And it was significant enough where it cause pretty significant embarrassment for the student.”

By installing these dispensers we can help prevent these crises from happening. But that doesn’t mean we need to get rid of the pads in the nurse’s office because we have some students who don’t identify as female who still get periods and some students who don’t feel comfortable getting pads from the girls bathroom. A better system needs to be put in place. We deserve a better system.

“I would love to [see a system in place],” Torpey said. “What I think is really great about the suggestion is that it’s easy to implement.”

It is time for a change. Period.