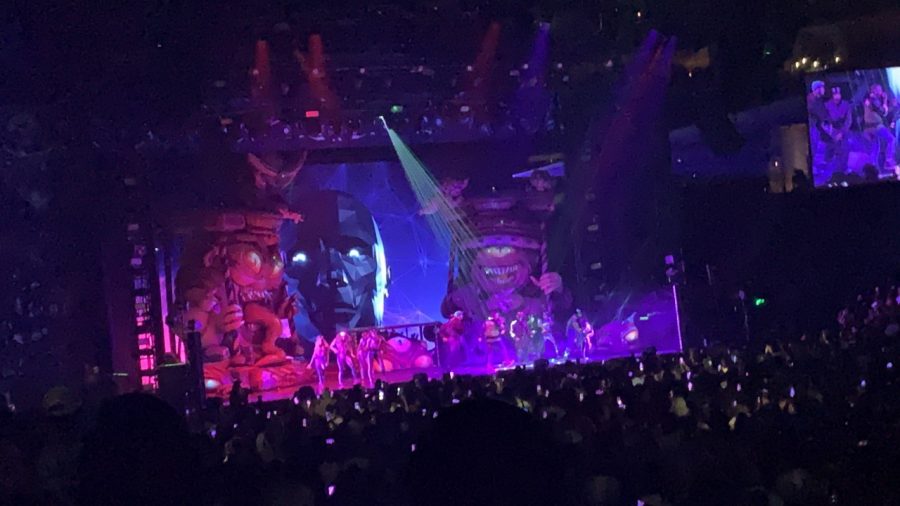 Radio station, KS 107.5, hosted its 22nd annual Summer Jam Festival in Colorado’s very own Pepsi Center featuring Tory Lanez, Ty Dolla $ign, and Joyner Lucas. Summer Jam is an annual hip-hop festival that is sponsored by the radio station, KS 107.5, that features a variety of popular artists. Summer Jam is an astonishing experience and a great way to end off the summer. Ticket prices varied between $40-$300 depending on seating. In the past, Summer Jam has been held at Fiddler’s Green Park, but since this years concert included Chris Brown’s Indigo world tour, KS 107.5 booked the Pepsi Center. The stadium has a capacity of 18,000 seats and each seat was filled with screaming fans.The music consisted of modern day hip-hop which kept the energy up all night. At around 7 o’clock Joyner Lucas opened the show with his heart moving song “Devil’s Work”, which spoke about countless legends who have passed, including Nipsey Hussle and Micheal Jackson. Lucas then brought  the energy back up with his newest song “10 Bands”. As a new upcoming artist, Joyner Lucas honestly left the audience speechless.

Ty Dolla $ign’s energy was contagious as he followed by singing “Or Nah” and asking the audience to take a shot with him. Shortly after, Tory Lanez hit the stage with a once in a lifetime experience that was definitely worth the money” exclaims fan, Riyah Johnson. Tory Lanez sang songs from his older albums like “Luv” and “Say It”. The highlight of Lanez performance is when he sang acapella to the women in the audience. It was an amazing way to connect with the women in the crowed and an even better way to end his set.

Finally, hip-hop icon, Chris Brown, entered the stage for what may have been the best set of the night. Brown brought energy by incorporating his own choreography into the act Genesis Kinney agrees stating, “It was a sight to see, from the stage set up to the lights and vibration from the bass it was a unique way to end off the night.” After a brief intermission, Brown closed the show with a trip down memory lane singing his older songs like “Party” and “Wobble Up”. Each artist brought their own creative angle to the show representing hip-hop culture in a positive way. Summer Jam was an amazing end to the summer and totally worth the money!